The Radiation Exposure Compensation Act (RECA) has given many people some financial restitution after their exposure to radiation from uranium mining or nuclear testing. However, the program is ending in July 2022, and you must file a claim before July 10, 2022, with a postmark of July 11. If you have wondered if you're eligible and found out that you are, you need to work fast to get your claim in. While the RECA money won't cover all treatment, it can take the financial sting off of it.

RECA was created in 1990 to compensate workers and "downwinders" who had developed cancer after being exposed to radiation. The reasoning was that these people were not given any indication that what they were being exposed to was dangerous. Uranium miners, participants and observers at nuclear test sites, and residents of certain counties in Nevada, Arizona, and Utah were all exposed to large amounts of radiation that resulted in cancer clusters. Originally, the program paid out only to those who were downwinders or test-site participants. In July 2000, the government added uranium workers in several states.

Making a claim for RECA funds is a reminder for many of the problems they've experienced since the testing, and the betrayal by a government that told people not to worry about contamination when it knew very well that contamination could create health risks for communities that were far away from the test sites. However, the claims are also fairly simple to file as you don't need to show that the cancer you suffered was definitely the result of the testing. If you can show that you have been diagnosed with a form of cancer that is on the list eligible for RECA, and that you were either a worker or downwinder, that's all you need.

What if You Miss the July Deadline?

The July deadline is approaching quickly. If you don't file a claim in time, and you were exposed through your work with the Department of Energy or are a survivor of someone who was, you may be eligible for the Energy Employees Occupational Illness Compensation Program Act (EEOICPA). This is an additional funding program. You might be eligible for both.

If you're not sure how to proceed, your doctor's office may be able to help you if you live in a state affected by the contamination. Remember that deadline and try to get your application in quickly. 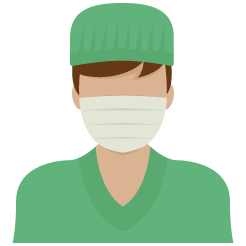